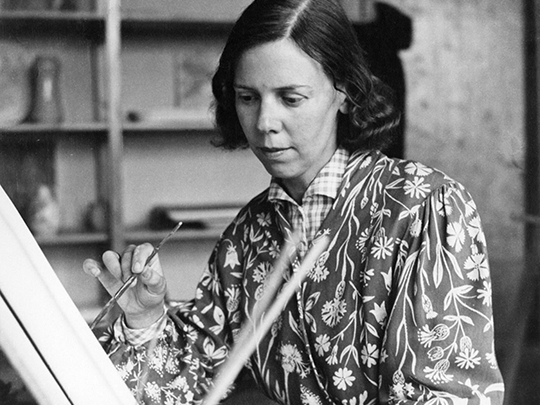 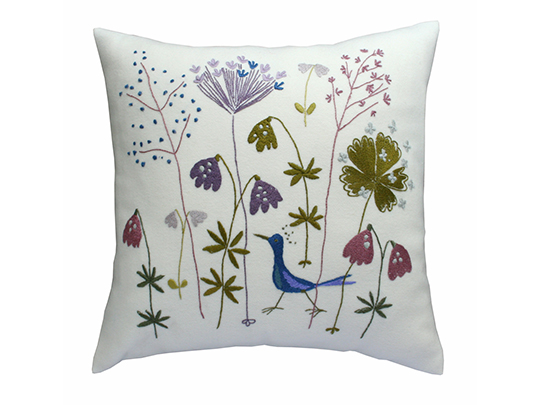 Rut Bryk (1916-1999) is primarily known as one of the most respected ceramic artists of our country. She was a multiskilled artist and mastered many materials. She was both an artist and a craftsman. During her career she designed many patterns for rya rugs, table cloths and cushions covers for The Friends of Finnish Handicraft. Bryk created her own naive, poetical and figurative world influenced by the Italian masters of the Renaissance as well as by the cubists of the early 20th century and the surrealistic thinking of Marc Chagall. It was impossible to get Rut Bryk to explain her own creations. She only said ”I cannot explain my work, it creates itself. I do not have control of it.”. 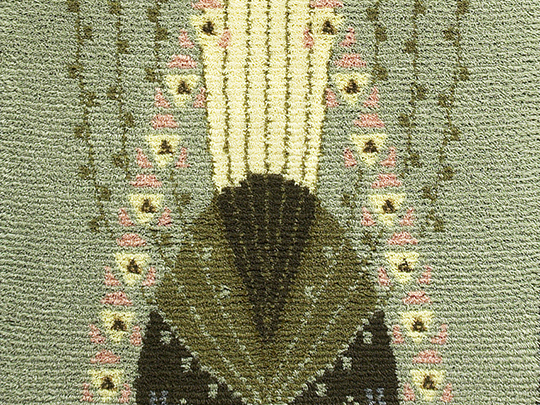 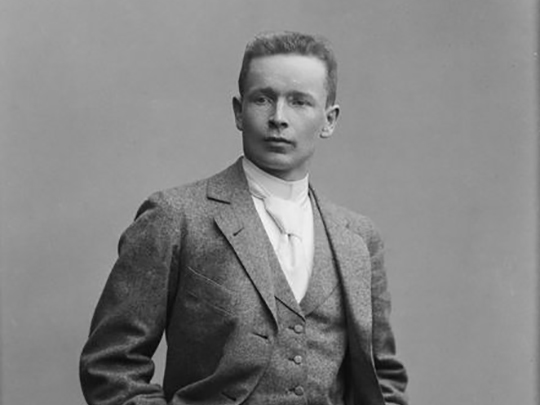 Eliel Saarinen (1873-1950), one of Finland´s most famous architects, was interested in textile as a part of space. He planned many comprehensive interiors, where textiles, furniture and ornaments formed one harmonious combination. The Ruusu rug from 1904 is still one of the most popular ryas of The Friends of Finnish Handicraft. 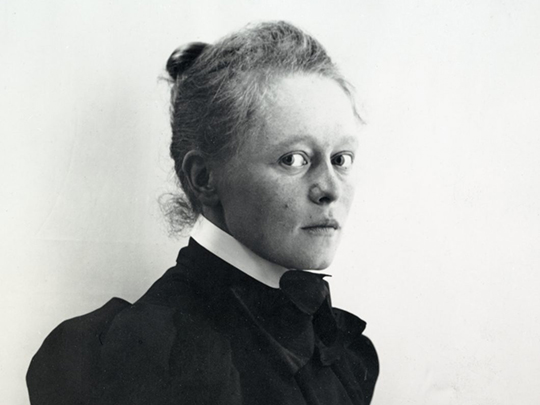 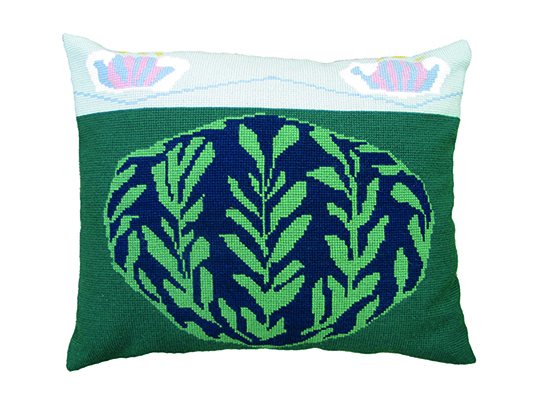 Helene Schjerfbeck (1862-1946) designed eight different textile models for The Friends of Finnish Handicraft during the years 1902-1910. These years were also a profound artistic renewal for her. Schjerfbeck’s cushion cover design Ruunut is simplified and scarce in its colour scheme, just like her paintings. The leaf pattern and the crownlike flowers resemble the rowan tree. 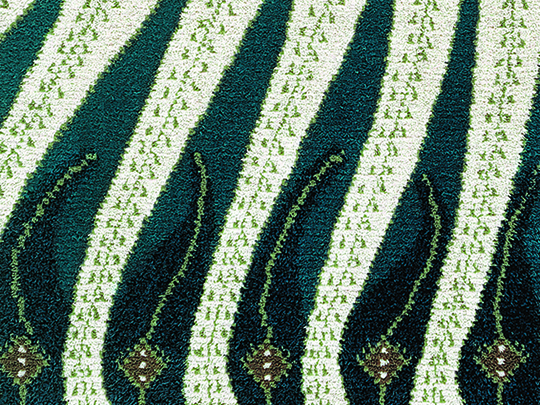 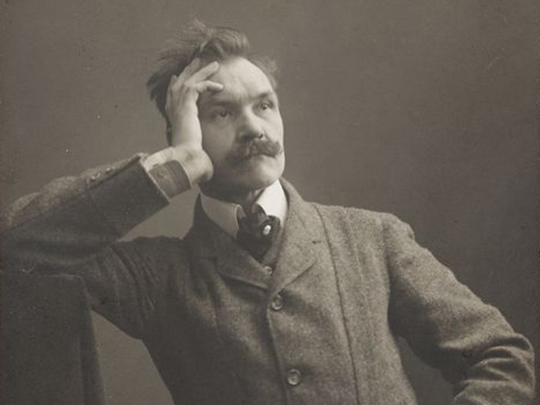 Rya rugs were a passion for Akseli Gallen-Kallela. He created his own collection of traditional rya rugs already as young man, and many of the designs can be seen as part of the interior in his paintings. In 1900 World Fair in Paris Akseli Gallen-Kallela designed the textiles for the Iris room in the Finnish Pavilion. The textiles were created in cooperation with The Friends of Finnish Handicraft. The most important textile by Gallen-Kallela was the Liekki (Flame) rya thrown over a bench in the Iris room. The history of Finnish textile art is considered to have started from the Liekki rya. The rya is still a part of the collection of The Friends of Finnish Handicraft. 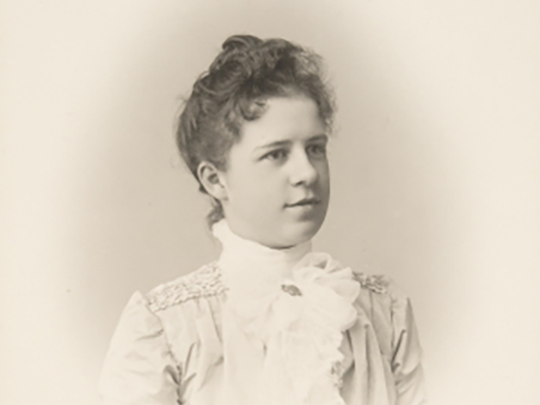 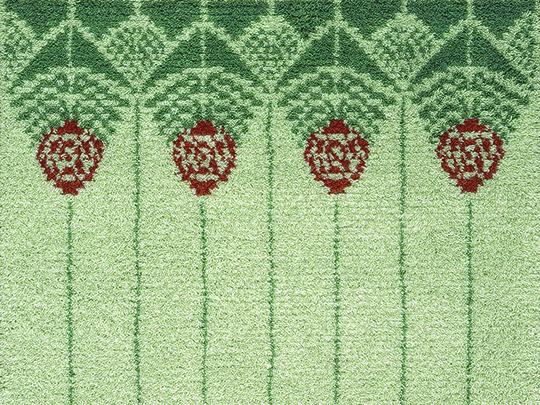 Emma Salzmann (1880-1973) designed for The Friends of Finnish Handicraft from 1904 onwards. She graduated from the Craft School in 1905 and worked later there as a teacher of book binding. For The Friends of Finnish Handicraft Salzmann designed ryas, table cloths, cushion covers and curtains. Emma Salzmann was one of the first female artists who concentrated solely on textiles. Her jugend styled designs were inspired by national motifs and nature. 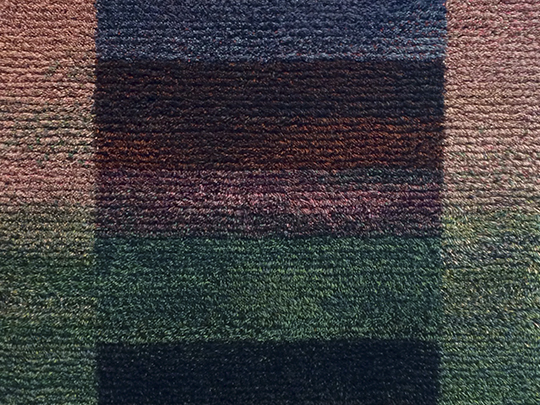 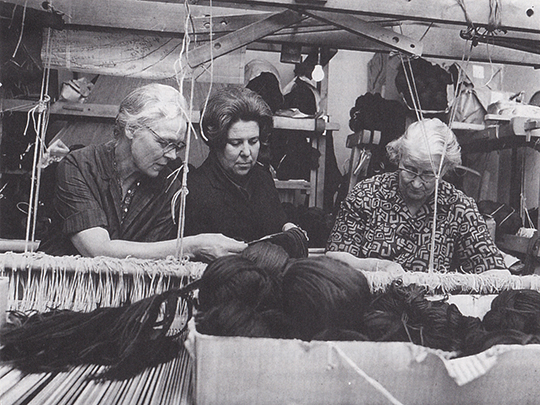 Uhra-Beata Simberg- Ehrström is known both as a painter and a textile artist. She had a very good sense of colour and is often called the poet of textiles. She is known for rya rugs with very scarce patterns combined with an abundance of colours. She developed a toned rya where a lot of colour mixtures and gradients are used. The cooperation between her and The Friends of Finnish Handicraft continued over many decades. During the time she designed close to 70 rya rugs patterns. In 1967 the biggest rya in the history of the association was created. The Metsä rya contained more than 300 colours. The collaboration between Simberg-Ehrström and the weavers was very close. It was often impossible to turn the aquarelle sketches of the artist into exact graph drawings. Therefore, the artist often sat beside the weaver choosing yarns for the pile and following the work closely. 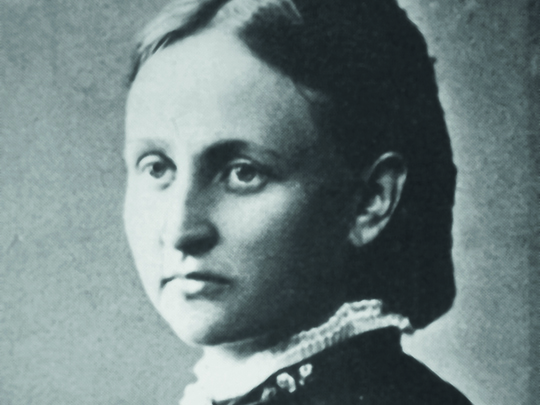 Fanny Churberg is known as a painter and as the founder of The Friends of Finnish Handicraft. She was one of the first Finnish female painters to be educated in two of the most important Art Centers of the time, in Dusseldorf and in Paris. Although Churberg’s artistic style was internationally influenced, she held to traditional and local motives. After she abandoned her career as a painter in 1880 she concentrated completely working with handicraft. Churberg worked actively at the Friends of Finnish Handicraft until her death. She was a passionate supporter of the Finnish language and culture. Due to her contribution Finnish handicraft was considered as an ideology supporting Finnishness and feminism. 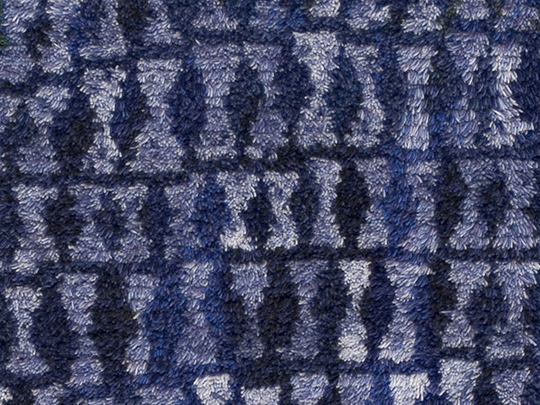 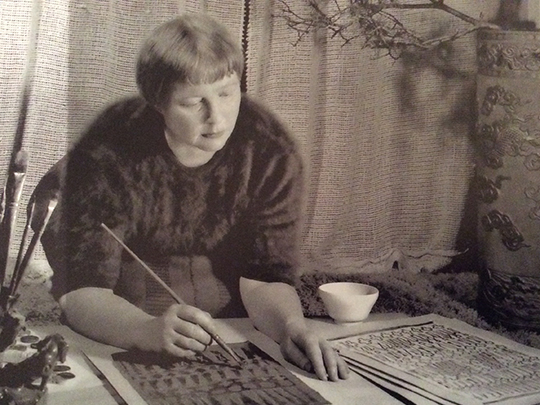 Eva Brummer (1901-2007) was an educated art teacher but worked as a textile artist. She is considered to be one of the most important innovators of the rya rug. From the 1920s onwards, she developed a technique where different colour yarns were blended in the rya tuft. The rya contained yarns with different lengths, and the loops of the pile were cut with a blunt knife. This made the rya look soft and almost like a painting. The motifs blended and the colours melted into one another. The ryas designed by Brummer received prices in several international exhibitions and they were an integral part of the Golden age of Finnish industrial art. 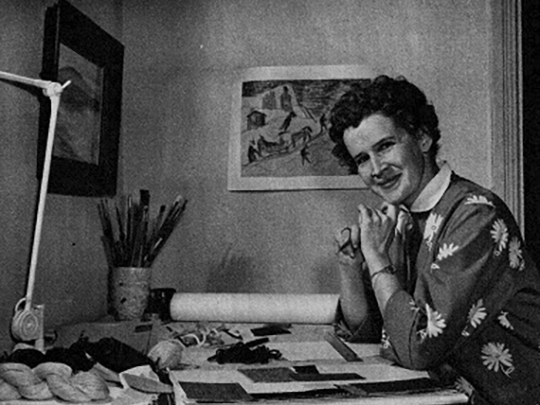 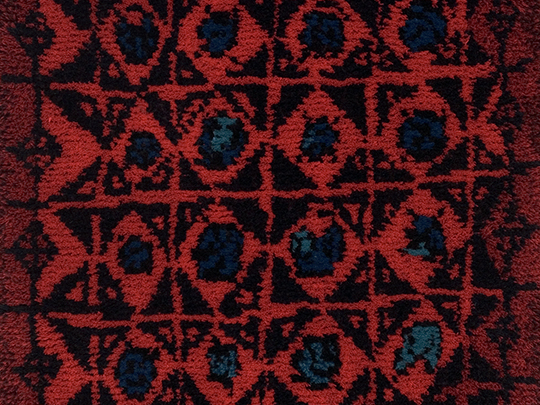 Kirsti Ilvessalo (1920- ) is one of our most beloved rya designers. She has influenced the art of rya making in Finland by enriching and deepening the expression. In her own designs, she goes back to the roots of the rya holding closely to the geometrical motives of the traditional rya rugs. She has received many international prizes for her rya designs, among them the Grand Prix at the Triennale Milano. She was awarded with the Pro Finlandia prize in 1979. Kirsti Ilvessalo has also worked as the director of The Friends of Finnish Handicraft’s weaving mill from 1947 to 1952. 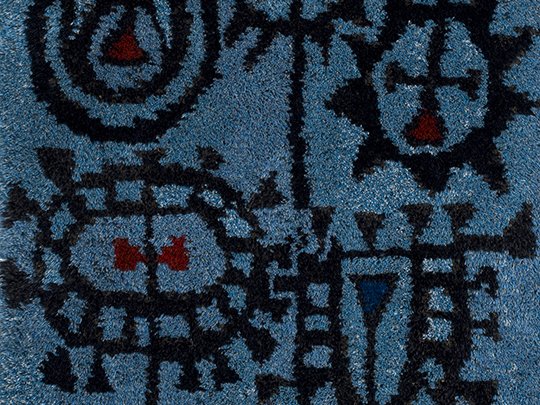 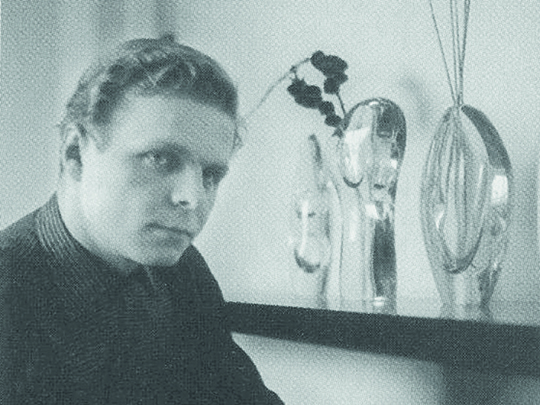 Timo Sarpaneva (1926-2006) was a sculptor and designer best known for his designs in glass, metal, ceramics and textiles. In the beginning of the collaboration with The Friends of Finnish Handicraft, he designed patterns for cushion covers and tea cosies. Later, Sarpaneva also created designs for ryas with a novel interpretation as in the Sysimiilu rug from 1949. He helped establish the international reputation of Finnish design in the 1950s and 1960s.